Bridging the Gap, One Word at a Time

In a speech that caught worldwide attention, general secretary of the Communist Party of China (CPC) Central Committee Xi Jinping addressed a ceremony celebrating the CPC’s 100th anniversary at Tian’anmen in Beijing on July 1, 2021.

In the more than hour-long speech, among the most frequently cited quote across global news media was Xi’s statement that, “We have never bullied, oppressed, or subjugated the people of any other country, and we never will. By the same token, we will never allow any foreign force to bully, oppress, or subjugate us. Anyone who would attempt to do so will find themselves on a collision course with a great wall of steel forged by over 1.4 billion Chinese people.”

Widely published by Chinese media, this is a fair and balanced translation of Xi’s statement from Chinese to English, which includes the four-character Chinese idiom 头破血流 (Tóu pò xiě liú). The Chinese media translated this idiom as “on a collision course with” to signal Chinese determination and resolution against those who “bully, oppress, or subjugate” China.

Granted, this is not how one would literally translate each of the four Chinese characters and then put them together. A literal translation, as put forward by some Western media and certain China watchers, puts the Chinese idiom as “broken heads and bloodshed” or “crack their heads and spill blood.”

In fact, Chinese idioms like this are rarely used in Chinese for their literal meaning, and are almost always used figuratively. The Xin Hua Dictionary (新华字典), which Chinese mainlanders often turn to in times of confusion regarding their own language, provides its literal meaning, but adds that it is “mostly used when describing a crushing defeat” (多用来形容惨败).

Moreover, that the idiom was used in passive tense in Xi’s speech has not been sufficiently acknowledged. By employing this idiom, Beijing is not threatening to proactively collide with anybody – or, if you insist, bash anybody’s head in.

Chinese idioms like 头破血流 are, by definition, a linguistic mode of expression that are succinct and memorable, yet more rich and more than literary in meaning than phrases of comparable length. This fact, in and of itself, calls for a more nuanced view when interpreting and translating these idioms into another language. For example, 两肋插刀 (Liǎng lèi chā dāo), literally meaning “having two knives sticking into a person’s sides,” is used to describe loyalty between friends.

Other exaggerations or misinterpretations of Chinese words have notably presented themselves before. In an article published by a mainstream newspaper in Britain titled “Huawei’s founder declares ‘war’ on West,” journalists literally and hyperbolically translated a Chinese idiom in reporting that “Huawei’s founder urged workers to crush rivals and ‘blaze a trail of blood.'”

In that case, the English translation of Ren Zhengfei’s words is true only on a narrowly literal level, and misses the big picture by projecting a non-existent veneer of violence. In reality, what Ren called for was that the Chinese telecom equipment vendor survive the extreme pressure campaign mounted on it by the United States government. It was a metaphor that’s totally common in the Chinese context and never understood literally.

Importantly, the nonliteral nature of idioms is certainly not restricted to Chinese. There are many English phrases that appear strange to people growing up speaking a different language, such as “heads will roll” or “thrown under the bus” – phrases that responsible translators would never translate literally into Chinese.

Journalist Tianyu M. Fang cleverly illustrated this point in a recent tweet: “There are Chinese idioms that, when translated literally to another language, sound far more extreme than they really are in Chinese. Such a weird hill for China watchers to die on [emphasis added]. “

Each language has its unique features rooted in its speakers’ national history and tradition, and Chinese is no different. Astute observers may have noticed that some words in contemporary Chinese can be traced back to military terms in revolutionary times, but no longer invoke a violent nature in any meaningful sense.

For example, it’s pretty typical to talk about winning a war – either to protect the blue sky or eradicate absolute poverty in Chinese. Also,  to 消灭 “annihilate” leftover food for thriftiness. It’s prudent to take the nuance into consideration when translating Chinese to English and understanding Chinese language these days.

From General Secretary Xi’s language, observers surely understood China’s strong determination in defending its interests. There are, however, more nuanced and appropriate English translations of the idiom that neither downplay Xi’s message nor unnecessarily dramatize it.

Also noteworthy in Xi’s speech is that the word 和平 peace appears nine times, where he repeatedly stressed messages like “Peace, concord, and harmony are ideas the Chinese nation has pursued and carried forward for more than 5,000 years. The Chinese nation does not carry aggressive or hegemonic traits in its genes.” Unfortunately, it appears the message for peace hasn’t been given due coverage or airtime in some Western media.

These are turbulent times in international relations. As the world encounters what Beijing calls changes unseen in a century,  accurately understanding the speeches and statements of world leaders’ is an increasingly important (if not easy) endeavor. It is in the best interest of all countries to accurately understand the other side’s true message in order to stave off the escalation of misperception and misunderstanding.

This is an arduous and sometimes thankless undertaking. But it must be done, even if one word at a time.

Tune into this excellent discussion hosted by Neysun Mahboubi, a Research Scholar of the Center for the Study of Contemporary China at the University 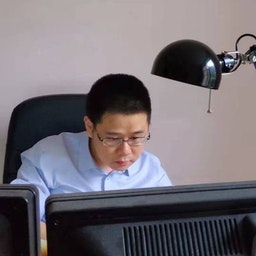 Zichen Wang is a journalist at Xinhua News and runs the Pekingnology newsletter. 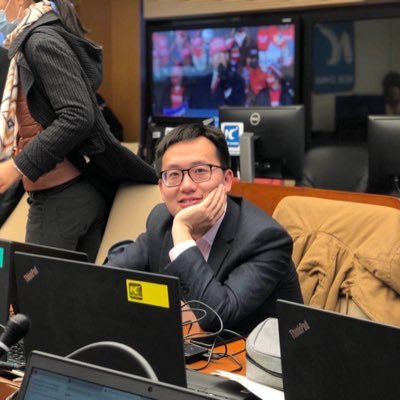 Yang Liu is a journalist at Xinhua News and the runs the Beijing Channel newsletter.