A “New Paradigm of Engagement” between the U.S. and China

The Carter Center recently released a lean and crisp research report on U.S.-China relations. Having reviewed more than a dozen research reports released by various American and Chinese think tanks over the past several years, I find that this report offers a unique roadmap for “a new paradigm of engagement” between the U.S. and China through creative application of what I call the “Carter Peace Doctrine.” At a time when the U.S.-China relationship is under severe stress, the release of this report is timely and could serve as a user-friendly manual for both American and Chinese civil society as they seek to stabilize and revitalize the bilateral relationship.

I. A New Manual to Revitalize the Relationship

Throughout the report’s foreword, which was written by former President Jimmy Carter, typical American optimism shines through. He calls both the U.S. and China to tear down “walls of mutual ignorance” and abandon the mutually destructive rhetoric and policies of both nations. He also praises the report in its effort to “encourage this course correction” and by seeking to revive and reinvigorate bilateral relations at the civil society level.

Across its three sections, the report identifies a total of fifty issues challenging the stability and peace of the U.S.-China relationship based on the input of experts from both the U.S. and China. The report breaks down these issues into three broad, actionable categories: (i) cooperation, (ii) dialogue, and (iii) management.

The section on cooperation focuses primarily on the issues of climate change and global public health, along with various issues related to engagement between American and Chinese non-governmental organizations (NGOs). The section identifies a number of barriers to civil society cooperation and offers a host of useful recommendations, including the reassignment of foreign NGO management by the Chinese Ministry of Public Security to the Ministry of Civil Affairs, along with recommending that the U.S. more strongly denounce racism and xenophobia towards China and its people.

Subsequently, the section on dialogue offers an operationalized definition of dialogue, conducts a critique of past U.S.-China dialogues, and offers recommendations about how to conduct and assess U.S.-China future Track II dialogues. A highlight of this section is the thoughtful recommendation that the U.S. and China further include third-party states and non-governmental actors who have a stake in the bilateral relationship in Track II Dialogues.

Finally, the section on management begins by laying out the rationale for “Accepting Coexistence Despite Fundamental Political Disagreements” over regime type. Then, it offers a rigorous scholarly review of foreign policy crisis management and prevention. Notably, the author differentiates the definition of crisis into “crisis,” “near crisis,” and “gray-zone crisis”, which helpfully captures and conveys the dynamics of U.S.-China military and security interactions. After a substantive critique of current U.S.-China military and security management mechanisms, the author offers a total of eight recommendations to improve crisis management and prevention between the U.S. and China.

II. The Carter Peace Doctrine Enshrined in the Report

Since 1981, President Carter has consistently advocated for peace and was awarded the Nobel Peace Prize for such advocacy. President Carter’s advocacy for peace–which I call the Carter Peace Doctrine–is particularly illustrated by his approach to U.S-China relations and his approach to North Korea. Based on my understanding, The Carter Peace Doctrine can be summarized in the following three aspects, which are mirrored by the report

1. Peace is the core value of the Carter Peace Doctrine, a most humanistic, universal, and realistic value.

The importance of peace has been consistently upheld by President Carter and the Carter Center throughout the past half-century, particularly after Carter’s only term as President. It is evident that, to President Carter, maintaining peace by stabilizing the U.S.-China relationship is an urgent priority, and critical to the peace and prosperity of the Asia-Pacific region. Without peace and stability in U.S.-China relations, global conflict and instability might ensue. This is also the rationale on which this report rests.

2. Genuine peace can only be possible in an equal and mutual relationship.

Unlike many reports on U.S.-China relations which are centered on the U.S., this report is methodologically based on a basic consensus derived from diverse scholars in both the U.S. and China. Underlying their expertise of the state-to-state relationship between the U.S. and China is their bilingual and bicultural competence, and their shared belief in the possibility of an equal and win-win U.S.-China relationship under the Biden and Xi governments. Furthermore, these conclusions are rooted in the authors’ sophisticated knowledge and deep and direct engagement in U.S.-China transnational civic affairs. A striking feature of this methodology is that the report writers are diverse across race, gender, and educational and career backgrounds.

In other words, this report is U.S.-China relationship-centered rather than U.S.-centered or China-centered. Specifically, each of the three chapters offers a state-of-the-art assessment and critique of the two countries’ policies and the bilateral relationship, and presents an exhaustive list of evidence-based, substantive and practical recommendations for both U.S. and Chinese stakeholders to act upon. Typically, both American think tanks and Chinese think tanks today are deeply nationalistic–exaggerating the moral superiority of their own nation and the moral inferiority of its counterpart in their reports. Holding a zero-sum assumption in mind, their recommendations are often unfairly critical of the other nation and seek to maximize their own nation’s interest at the sacrifice of the other’s. I do not spot a clear presence of such sentiment in the Carter Center report. Instead, I find it full of internationalism, resting upon the principle of U.S.-China peaceful coexistence as originally suggested by Henry Kissinger about 10 years ago.

3. Sustainable peace and win-win goals can only be achieved through a cooperative, dialogic, and managed relationship instead of unrestrained competition and conflict.

This principle could be regarded as an extension or elaboration of Henry Kissinger’s notion of a U.S.-China peaceful co-evolution. Indeed, this report is exactly divided along these three categories–cooperation, dialogue, and management and it is a manifestation of this principle.

For this report to reap a new peace dividend, I believe both Chinese and American stakeholders, including the third parties, are strongly advised to stop blaming, demonizing, and securitizing the unsecuritizables along a course of mutual destruction. They should instead implement the policy recommendations of the Carter Center report in the spirit of sincerity and reciprocity.

To wage peace instead of war is not a sign of weakness or cowardice for both parties, but rather a sheer necessity for mutual survival, mutual protection, mutual interest, and co-evolution.  While an English saying goes: “It takes two to tango,” a similar Chinese saying goes, “it takes two palms to applaud” (一个巴掌拍不响).  Both mutuality and reciprocity are needed on both sides to engineer and materialize the proposed course correction of this relationship.

Additionally, improving the relationship will also take a strong determination by both countries. As the report documents, the number of repairs necessary for a course correction are numerous and daunting. However, another English saying, “Where there is a will, there is a way” resonates with the spirit of an ancient Chinese fable of “Yu Gong Moves Away a Mountain”（愚公移山）.  As modern Chinese writer Lu Xun admonishes us, “The road will emerge at our feet only if we walk further.”  Now that the Carter Center report has talked the talk, the U.S. and China now need to roll up their sleeves, follow the roadmap, and walk the walk, out of the heart of darkness, into the open skies of sunshine. 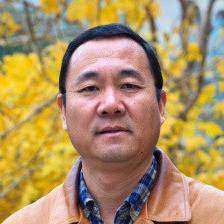 Jia Wenshan is a Professor at Chapman University's School of Communication and a Non-Resident Fellow at Shandong University's Global Engagement Academy.