One of the many current sources of irritation between China and the West (for the purposes of this article, that primarily means the U.S. and Europe) is the issue of reciprocity. Broadly speaking, there is a feeling, particularly within the U.S. but increasingly across Europe, of a lack of balance in key areas from trade to technology transfer in relations with China. Under the Trump administration, the U.S. complained most of trade deficits with Beijing, which was taken as symbolic of a deeper asymmetry – a China that had engaged with global norms and institutions such as the World Trade Organisation (WTO) in ways largely to its benefit, without genuine acceptance of their underlying values and responsibilities.

It is a complex argument, because it is hard to definitively prove – in essence, for the U.S. and its allies (of which Europe is the most significant in terms of market size and geopolitical status) the People’s Republic has been accused of acting in bad faith, abiding narrowly to the letter of the agreements it signed, but not to their spirit. It was like a competitor playing in a tournament just to win the prize money, but not contributing to the overall health of the game.

China’s riposte has been a very logical one. No one ever spelled out these `extra’ terms and conditions, it said. There was just an implicit assumption that, by engaging in the global system of trade and diplomacy, China would somehow, by a mysterious process of osmosis and influence, be won over. In other words, that China would necessarily adopt not only the practices of US-led globalisation, but also the values and beliefs behind it too. But this was just an assumption – it was never specifically spelt out. There was, therefore, nothing amiss with China ending up proving this wrong.

That outcome has indeed come to pass. As we stand in 2021, China has demonstrated that countries can engage with global processes and structures, and do so effectively and successfully– without buying into their underlying values and philosophies, and certainly not in any way that changes one’s own identity. Xi Jinping’s leadership has been one that has undertaken an act of disambiguation. In the past, there might have been uncertainty and doubt about whether China actually believed in the values underwriting Western-led global norms. In the era of Hu Jintao, China was silent to the point of diffidence on this question.

Those days are long over. There is no lack of clarity now about China’s assertive rejection of what has been labelled `western universalism’ and the promotion of Western political and cultural values. All of this has been presented as a necessary defence of not just Communist values, but traditional Chinese values as well. This represents the most powerful and disruptive rejection the West has received since the end of World War Two, and accounts, to a large degree, for the widespread sense of trauma and disorientation policymakers and others in Washington, London, and other European capitals now suffer from. Many in these places ask, how was it that the values which were necessarily linked to Western institutions, norms, and economic success ended up being so easily sidestepped by a country which practices capitalism on the surface, but at the same time rejects its individualistic and political ethos underneath?

This could be presented as a great victory for China. It is winning the battle of modernity on its own terms. It is a remarkable achievement. However, Chinese strategists know well the most dangerous moment is the one when you are close to winning. As it continues its great onward ascent under Xi, and with the hundredth anniversary of the Communist Party approaching this summer, China seems hellbent on committing precisely the mistake that it claims the West made against it in the last four decades: failing to abide by its own values and wasn’t just producing empty rhetoric that could be regarded as an optional add on.

Social media exemplifies this very well. A space originally designed as one for the free exchange of ideas and interaction, unbounded by national boundaries and exemplifying the values of the West,  social media has, at least as far as China goes, become something akin to a battleground and monument to failure. Perfectly capturing the lack of reciprocity critics level at it, the People’s Republic controls its own cyberspace through the imposition of fierce restrictions on freedom of expression yet enjoys free access to the unrestricted cyberspace of the outside world.  Chinese accounts, government and otherwise, can freely speak and attack on Twitter, Facebook, and other places, but there is no possibility of equal pushback by Western accounts on Chinese-run social media, such as WeChat or Weibo. In March, when the British Ambassador to China Caroline Wilson published a critical article in Mandarin on Chinese social media, it was censored. Compounding the problem, she aroused attacks from a number of Chinese social media activists on Western social  media, many of whom would have had no access to her words on home platforms, when she drew attention to the censorship of her article.

This openness to others on the part of the West might be interpreted in China as a typical sign of weakness. But that would be a huge misperception. Westerners clearly believe in free speech – even if they have wildly different interpretations of what it means in practice. Ironically, the mess of social media is proof of that. And the imbalance between how many restrictions Westerners face if they want to engage with Chinese cyberspace, but how little there are of these restrictions the other way around, truly grates.

We know enough about the dangers the West has made in assuming that China had no core beliefs and were simply waiting for enlightenment to be delivered from the outside. For China, though, there also needs to be an acceptance that, whether they like it or not, and whether they feel it good or bad, freedom of speech matters as a principle or ideal to the West. It is something of value to people there. For Chinese state actors to enter Western cyberspace behaving like they don’t think free speech matters, and that all social media is just a space to scrap and throw around accusations and calumny, is a huge miscalculation. The practice of social media is pretty terrifying and messy to be sure. But that’s the point. It represents this notion of freedom for Westerners. State-linked Chinese actors would do well to simply not engage with this space, or to do so in a way that understands its larger symbolic meaning. When state-linked accounts engage in ‘Wolf Warrior’ diplomacy, nasty attacks on others, and the usual bedlam of social media, it is a symptom of the fact the Chinese government does not take the West’s values and beliefs seriously.

China has its dream these days. Chinese people are entitled to this. But everyone else has their dreams too. The Xi administration, for all its power and ambition, would do well to heed the words of the great Irish poet W. B. Yeats – `tread softly for you tread on my dreams.’  The West never heeded Chinese dreams much – and that was a mistake. China should not seek to repeat this. It might feel Westerners believe in strange, even silly things – but China should resist thinking that Westerners believe in nothing. That would simply be untrue.

Mistranslations: A Man Hears What He Wants to Hear and Disregards the Rest

Bridging the Gap, One Word at a Time

How Moderates can Mediate U.S.-China Tensions 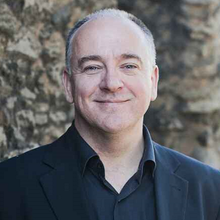 Kerry Brown is Professor of Chinese Studies and Director of the Lau China Institute at King’s College, London. He is an Associate of the Asia Pacific Programme at Chatham House, London, an adjunct of the Australia New Zealand School of Government in Melbourne, and the co-editor of the Journal of Current Chinese Affairs, run from the German Institute for Global Affairs in Hamburg. He is President-Elect of the Kent Archaeological Society and an Affiliate of the Mongolia and Inner Asia Studies Unit at Cambridge University.

EVENT: The Global Race for S&T Innovation Amidst East-West Tensions